If you really want to make a difference... you have to step up.

An idealistic grade school teacher has a fear of speaking up in public – other than in front of kids. But when she finds out that children in her school are going hungry – thanks to federal cutbacks – it compels her to step up and confront her Congressman, in order to help out the children. 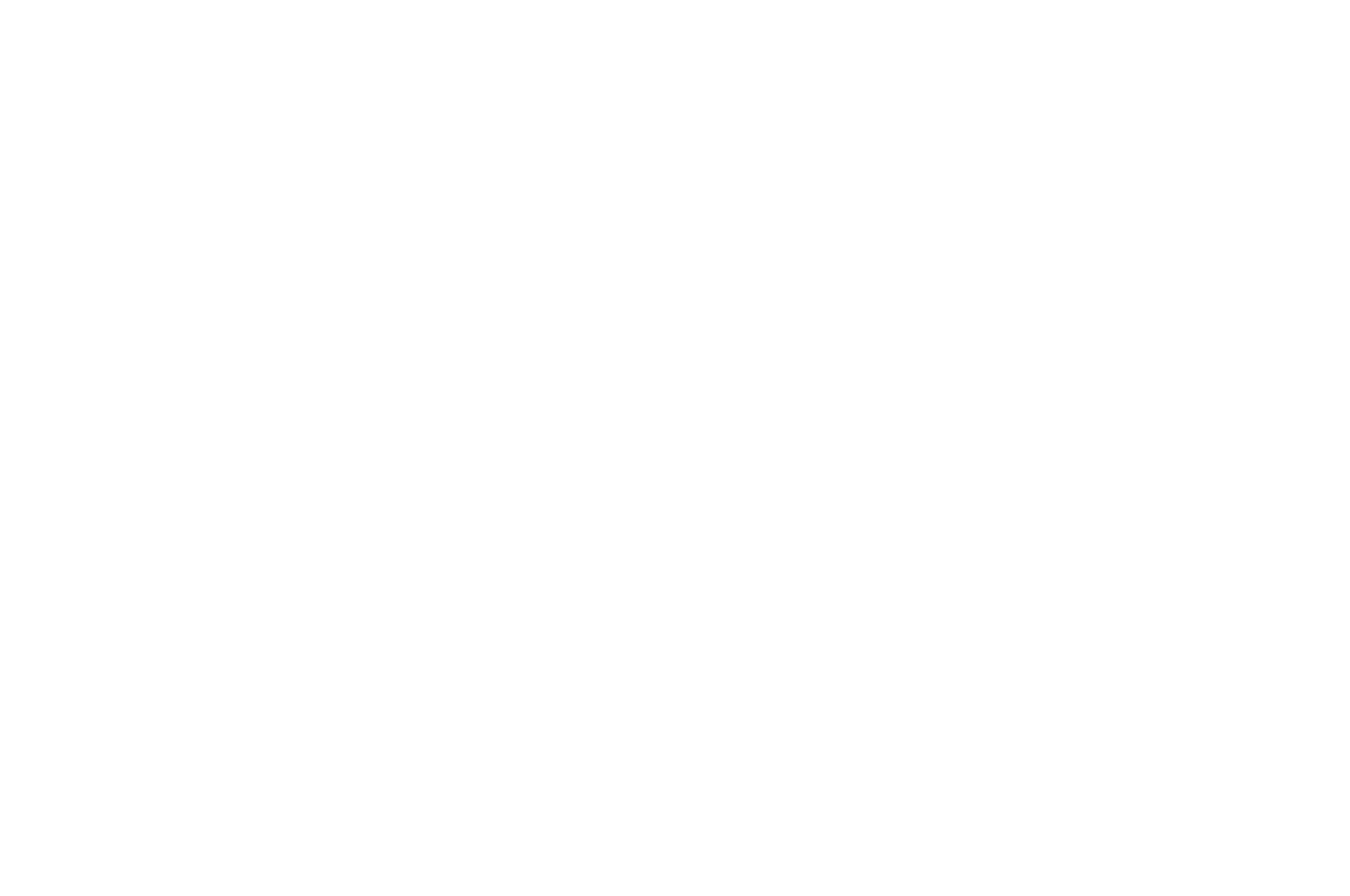 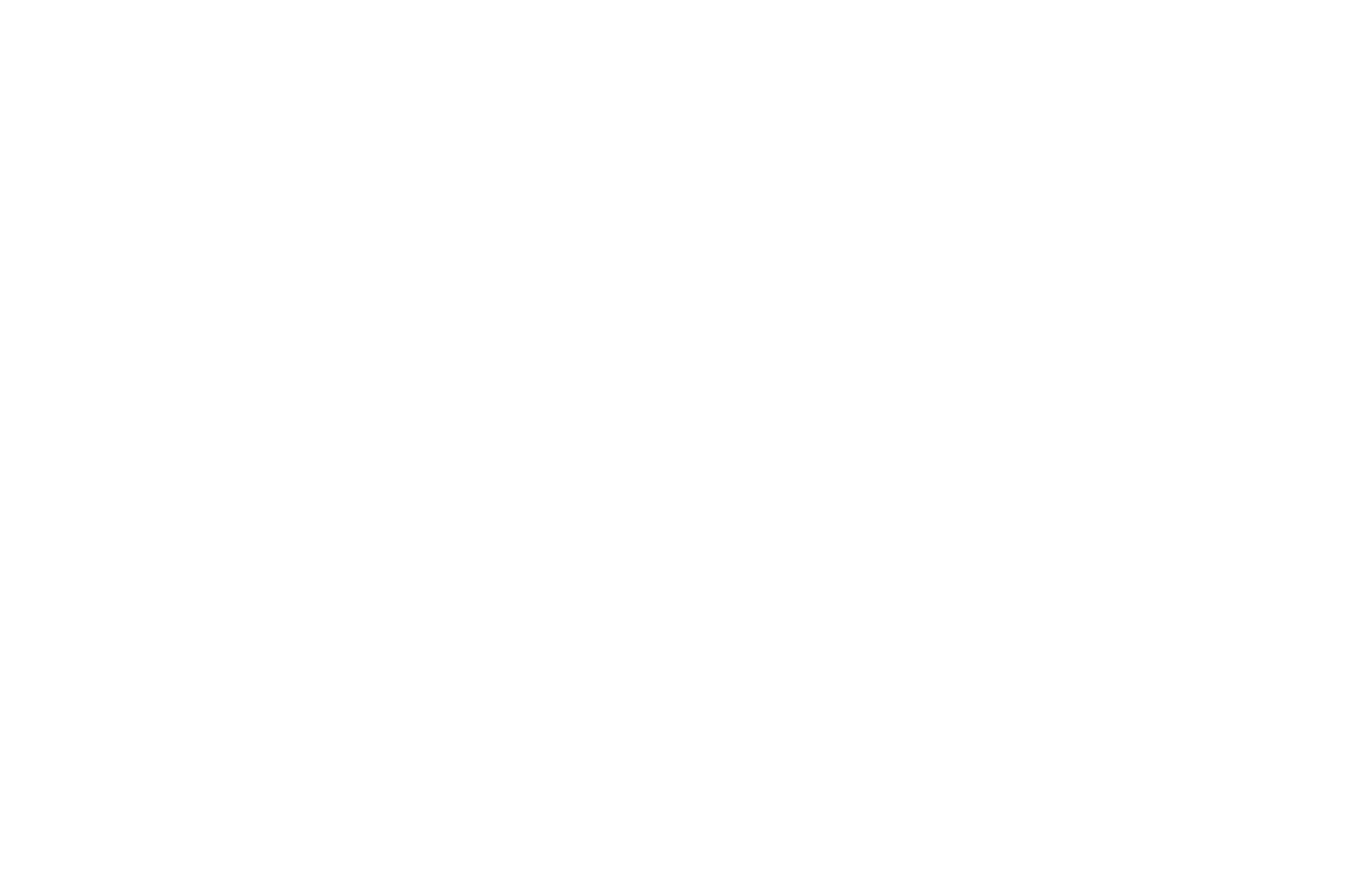 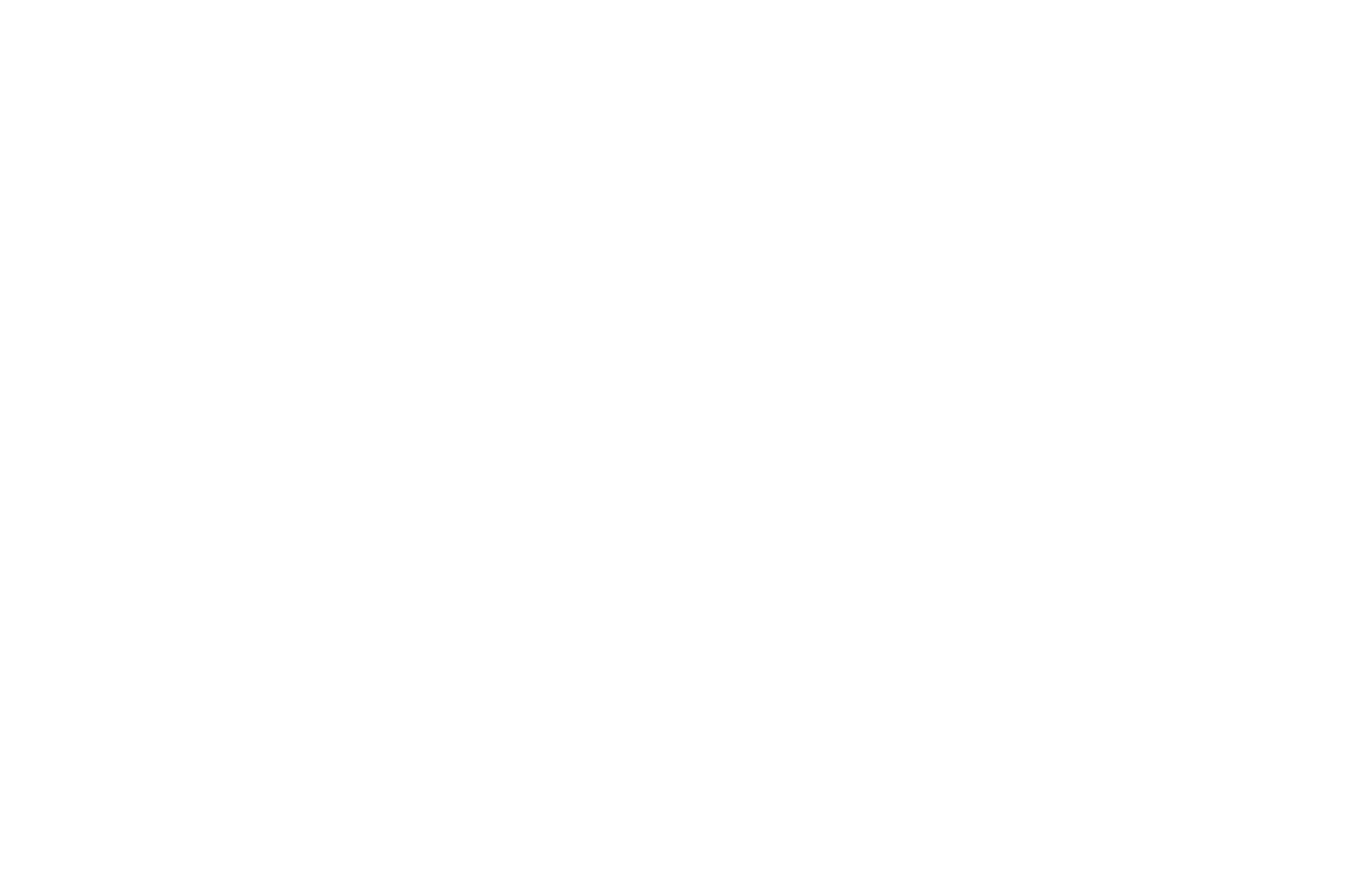 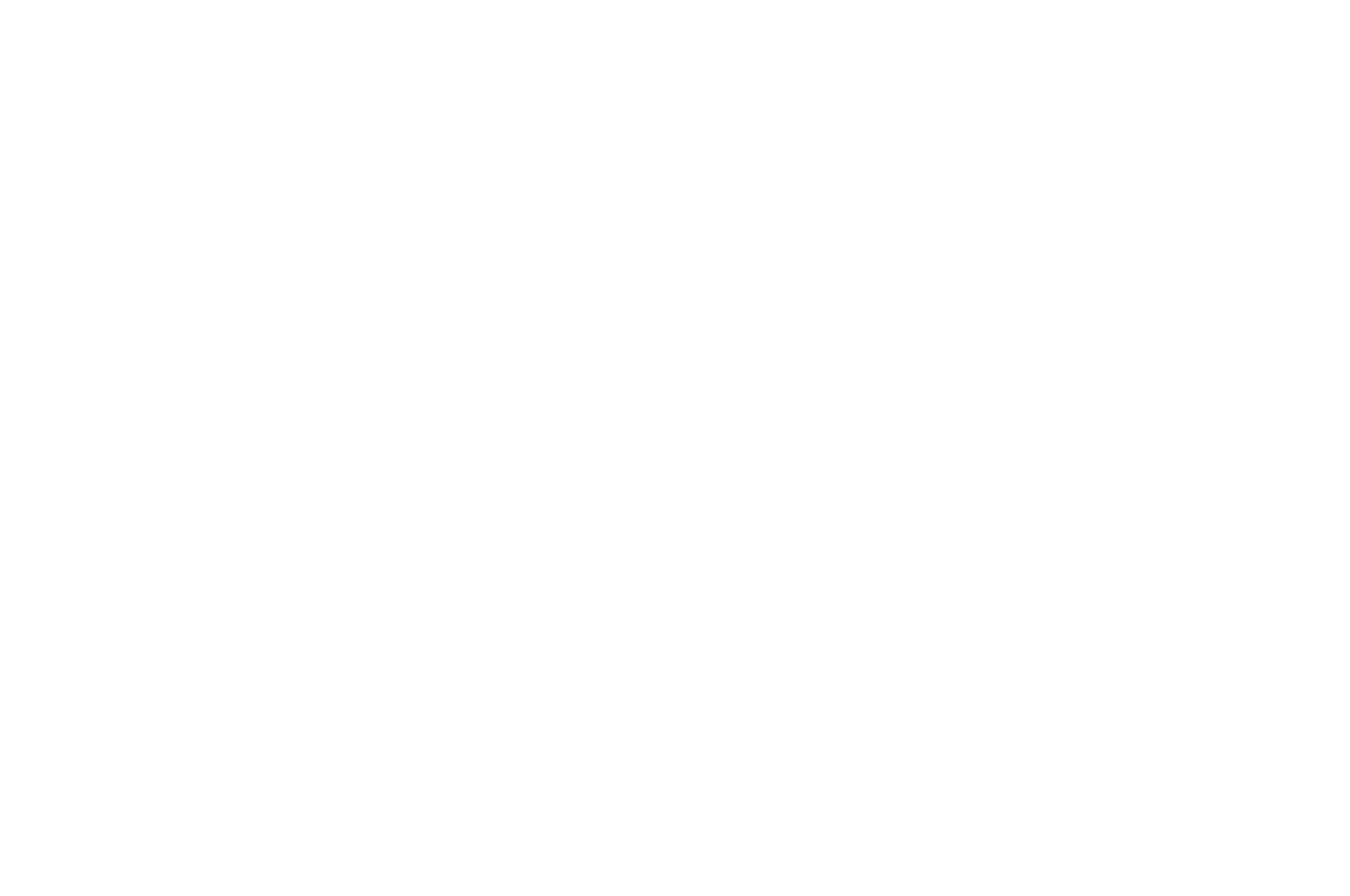 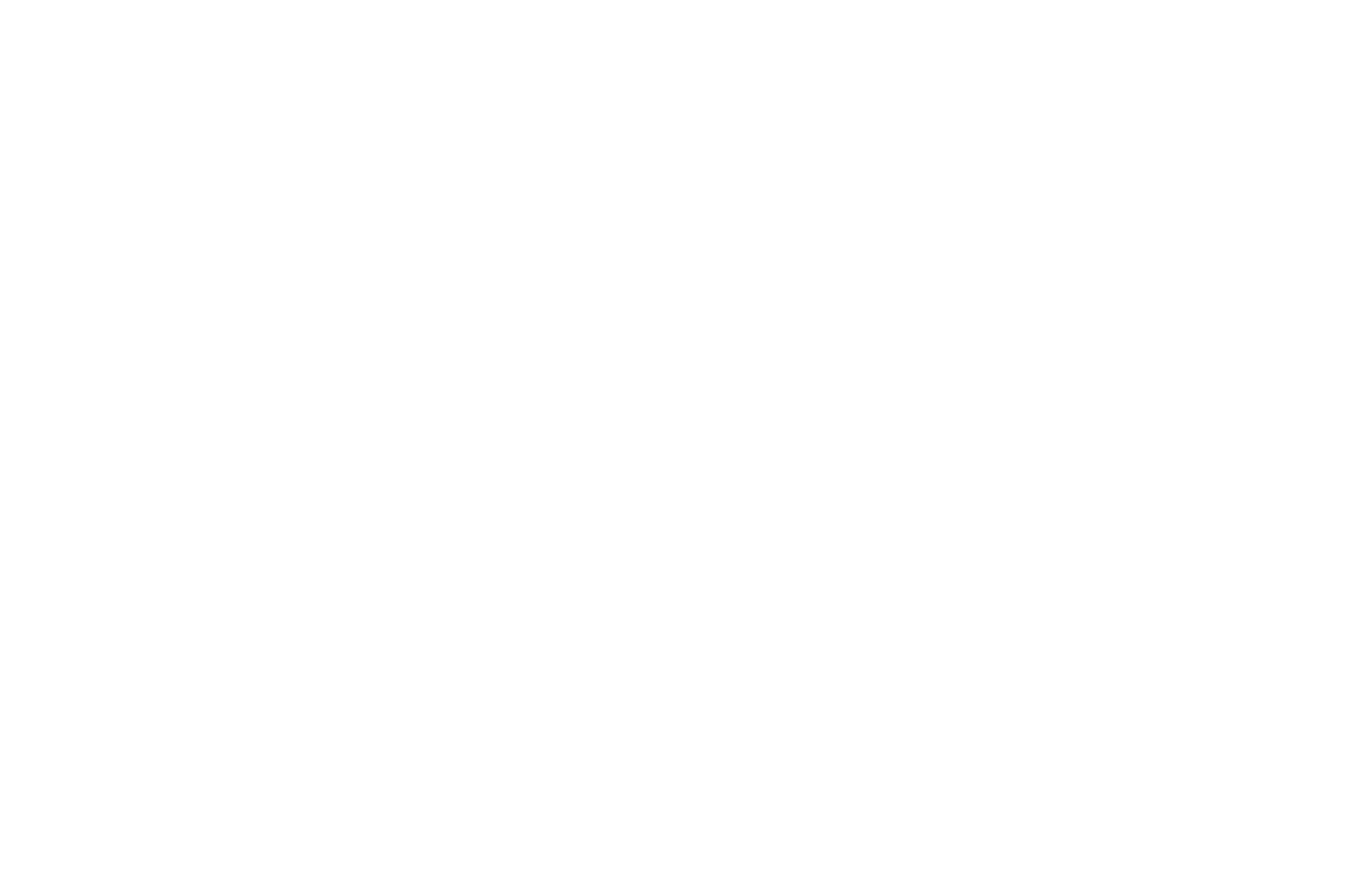 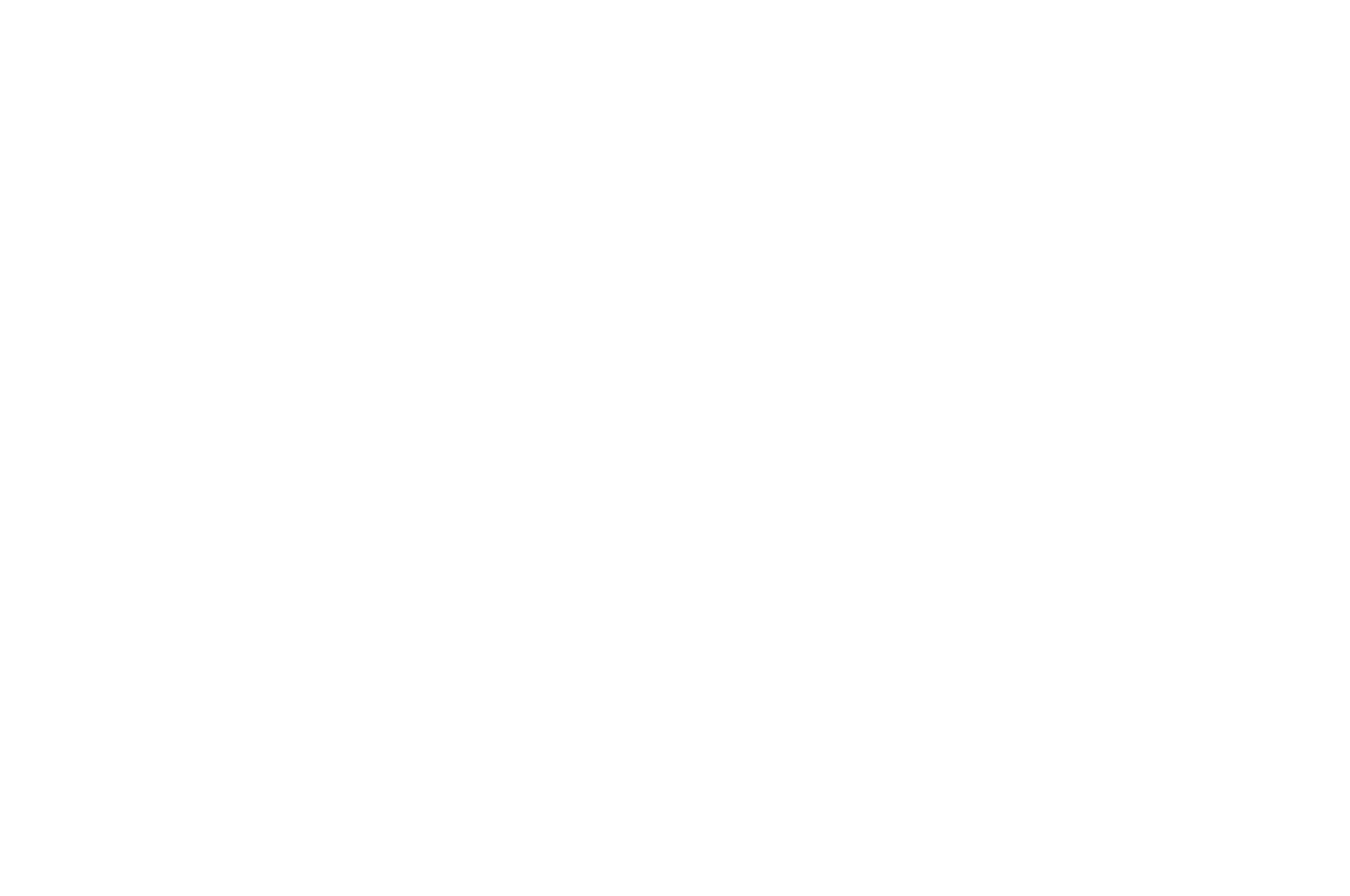 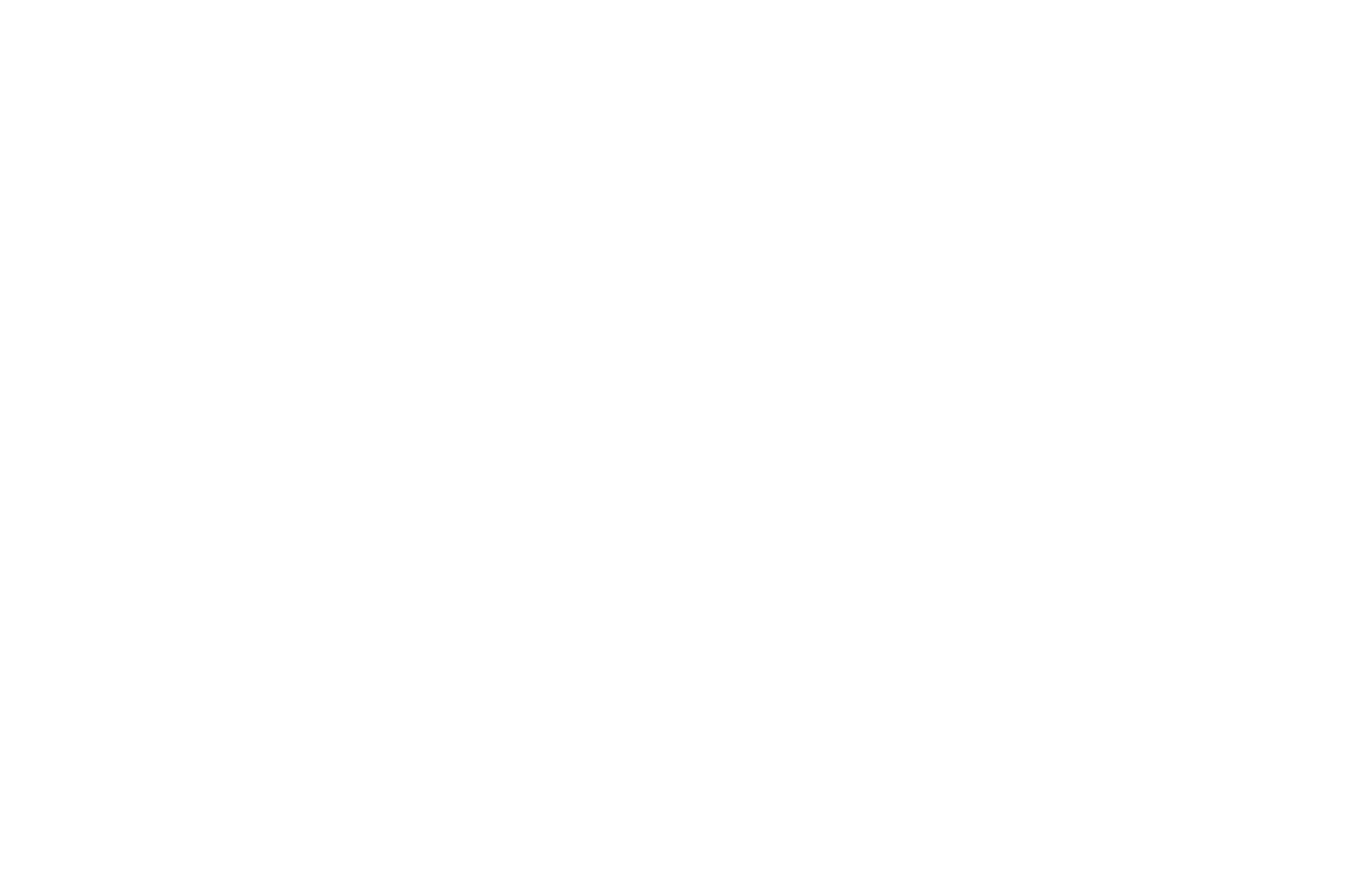 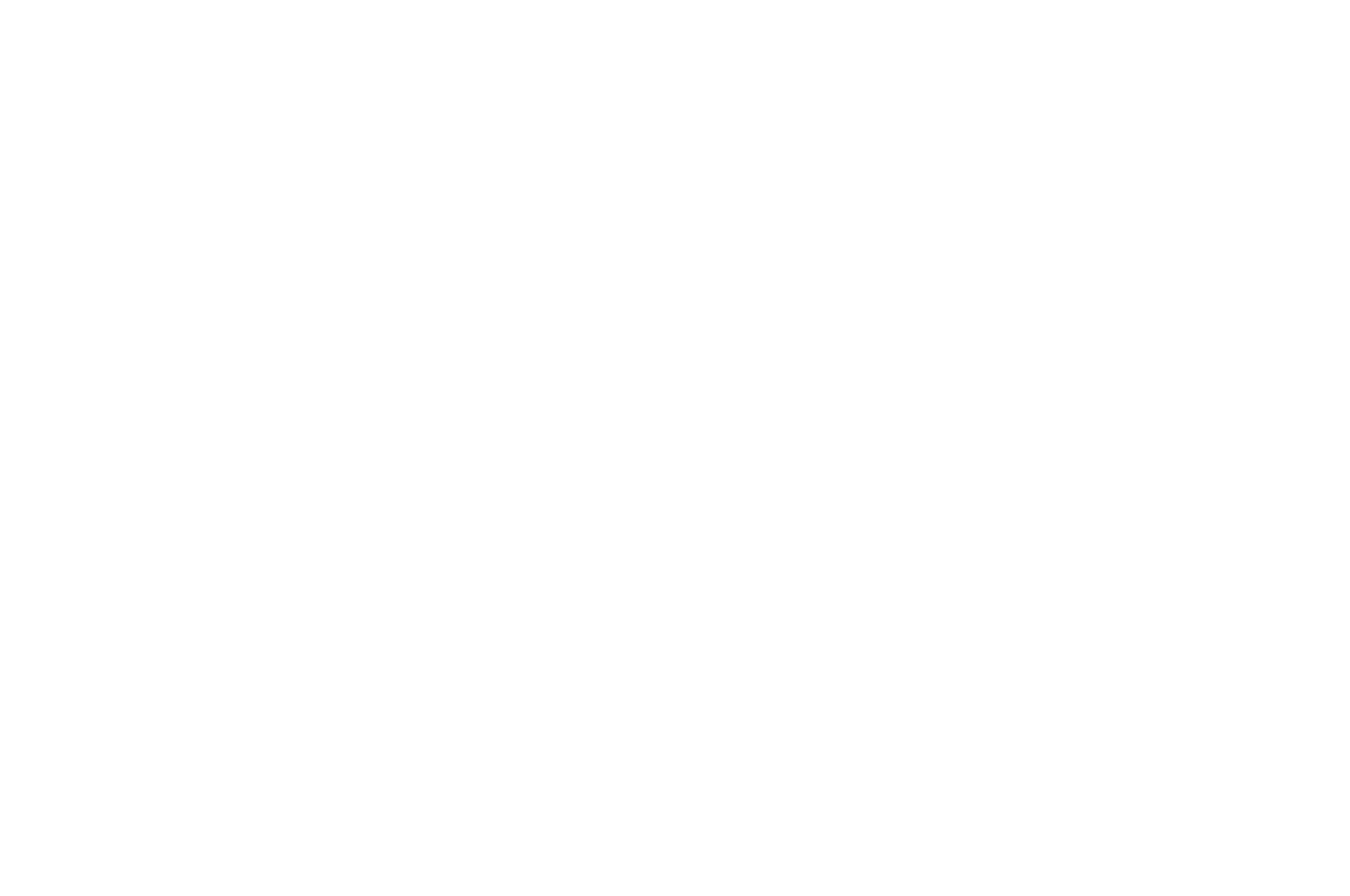 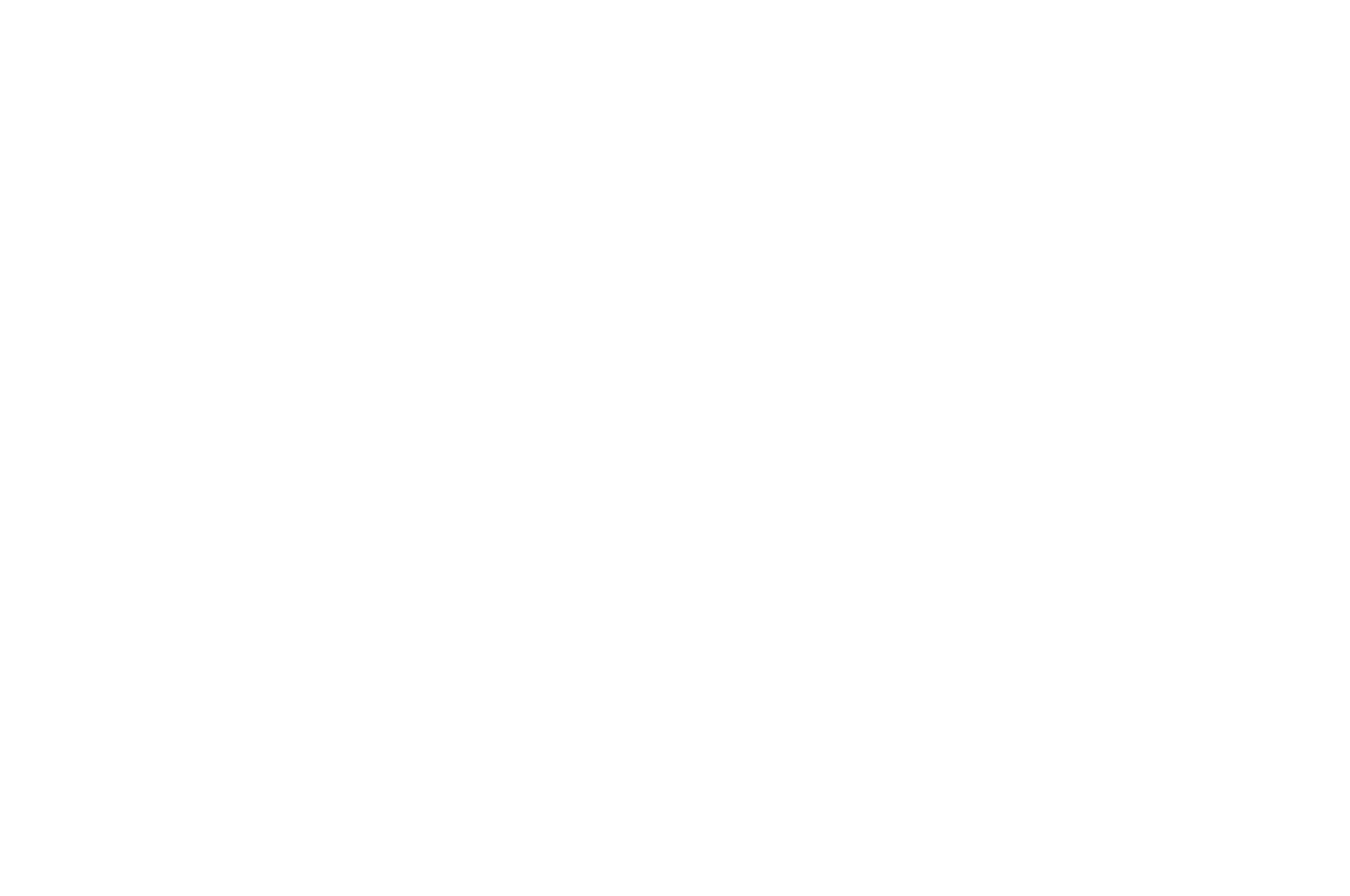 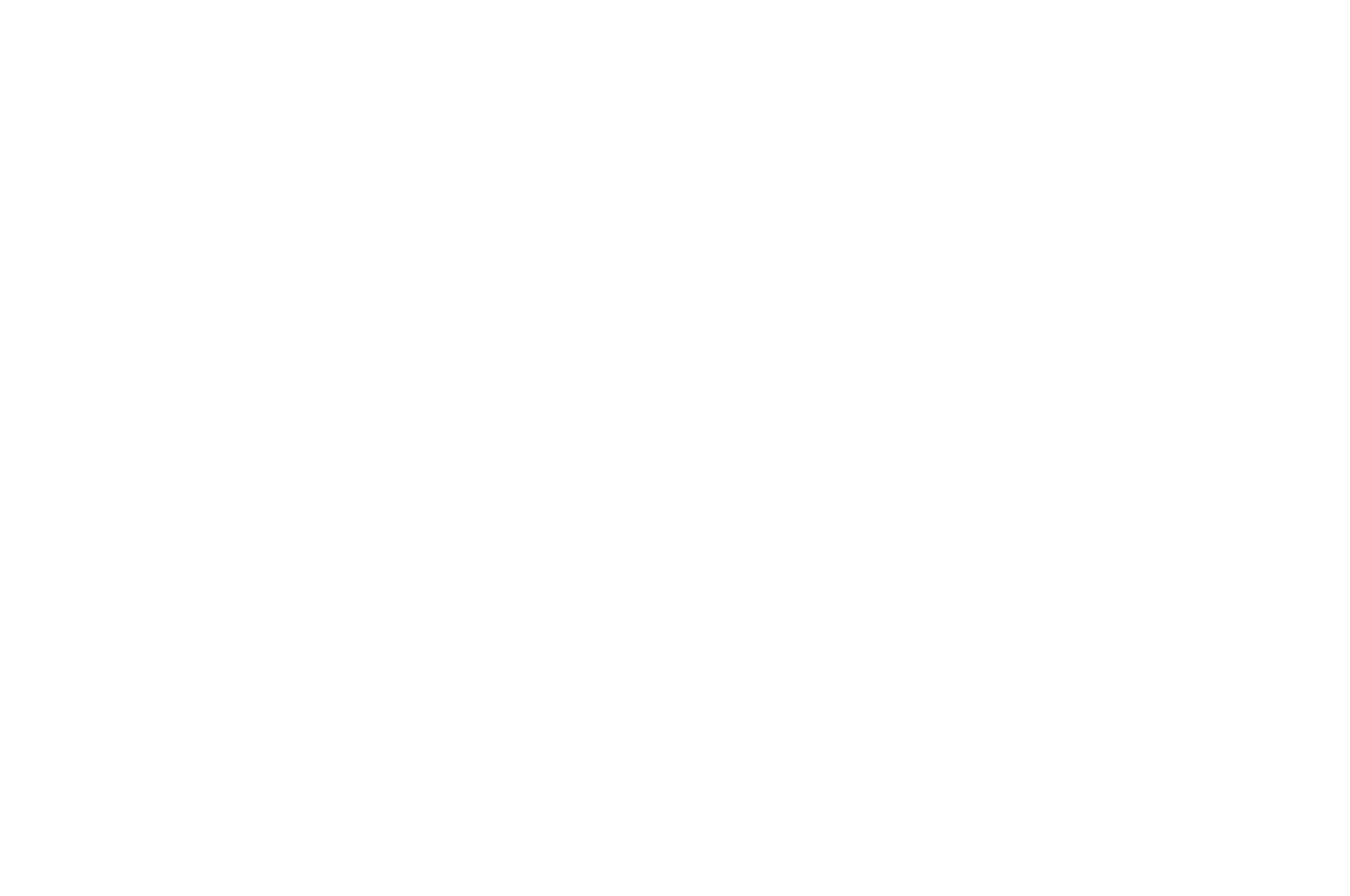 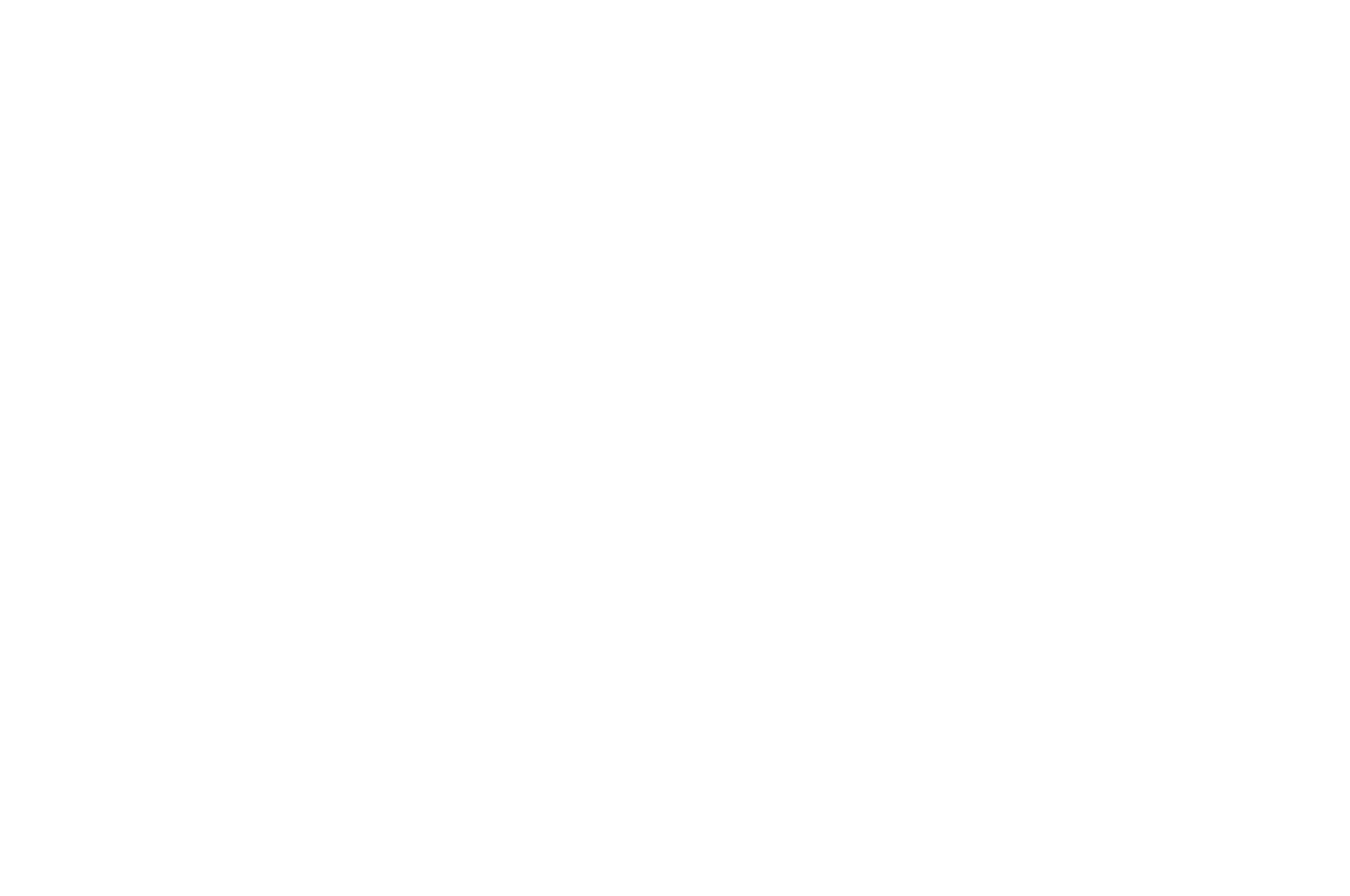 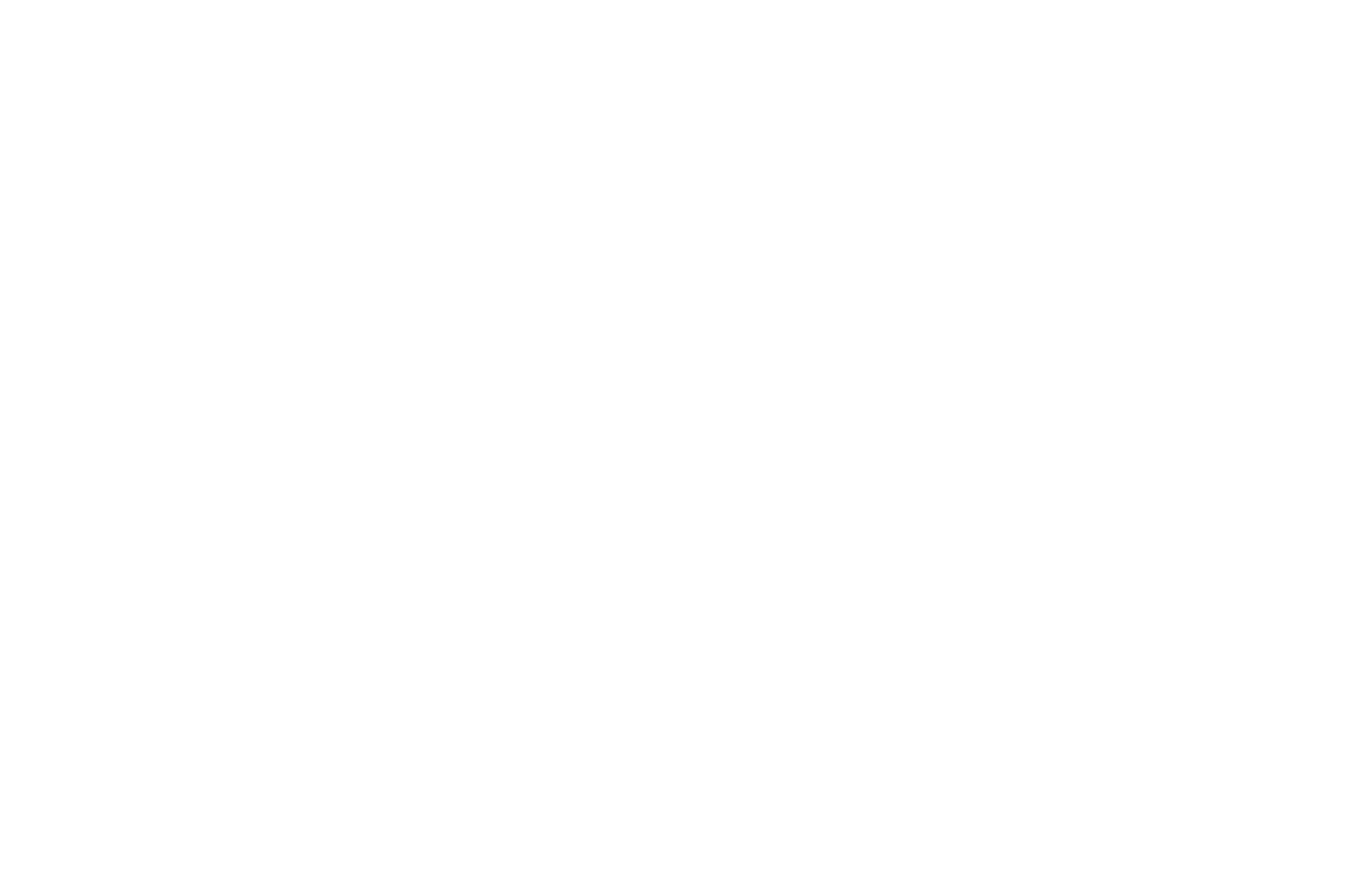 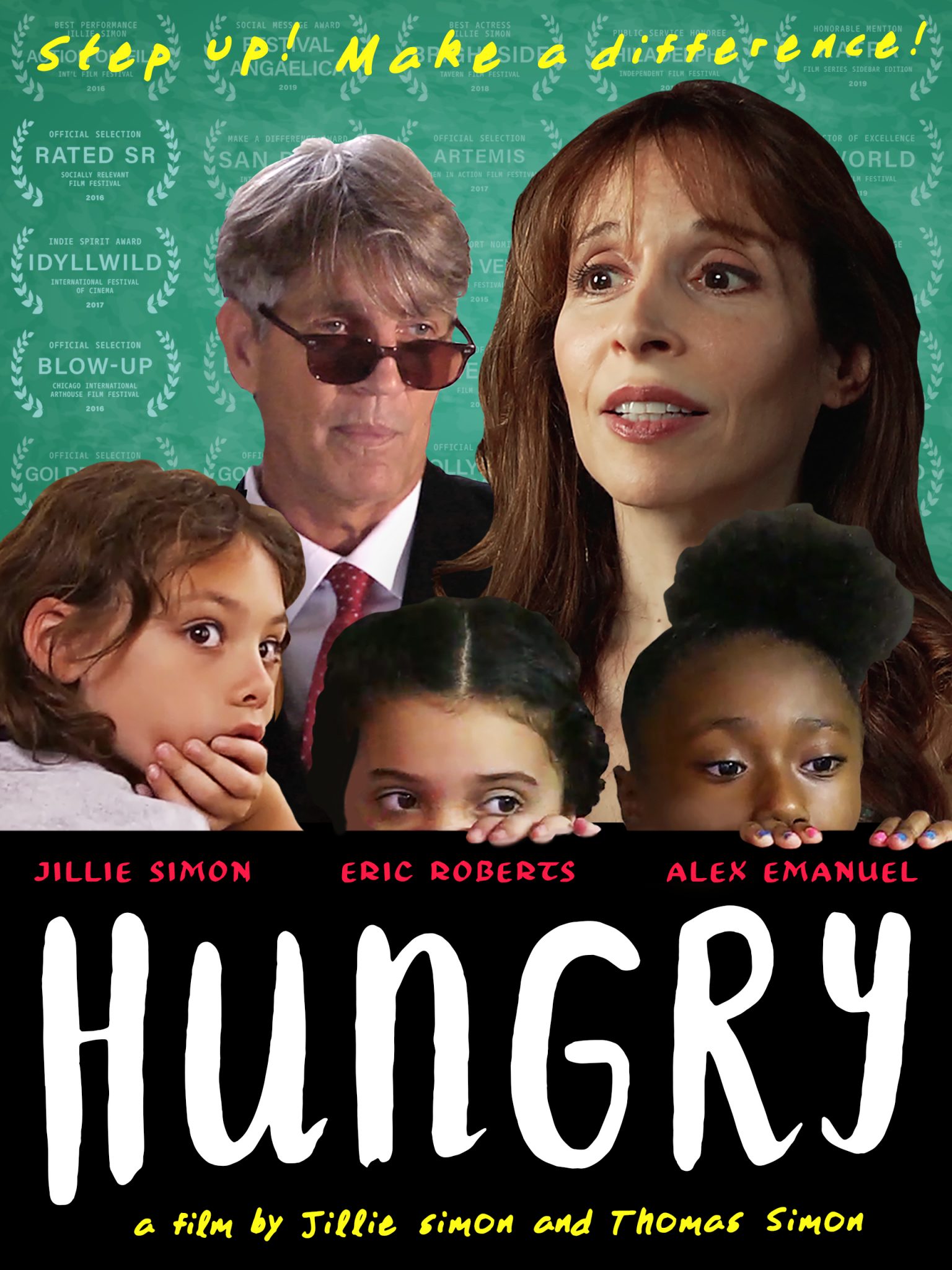 Allison, an idealistic primary school teacher in Brooklyn, has a fear of speaking in public. When asked to lead a teachers meeting, she shies away from speaking in front of other adults. But when she goes to get her brown bag lunch, she runs into two children from her class who have taken it. Upon questioning, they reluctantly reveal that they both have a negative balance on their accounts so they can’t get lunch and are very hungry. When Allison goes to the lunchroom to see what she can do, she comes across the lunch manager throwing out another child’s food because that child is also in arrears.

Going to the principal, she is told that thirty-five other children are also going hungry in their school and in fact 230,000 children across the country have been thrown off the free lunch program because of the cuts to the State National Assistance Program (S.N.A.P.). Compelled to help them however she can, Allison uses her debit card to get all of the thirty-eight children’s lunch accounts back to balance. But she doesn’t realize she cleaned out her and her husband’s entire account – until she meets him after school to buy groceries for dinner.

That evening, after discovering her Congressman who’d voted for the cuts, will be in town for a fundraiser Gala, she determines to practice what she teaches (that it’s important to speak up), rise above her fears and seize the opportunity – because she knows that in order to really make change, she has to take action. And she discovers that when we take action…anything can happen.

a handful of characters 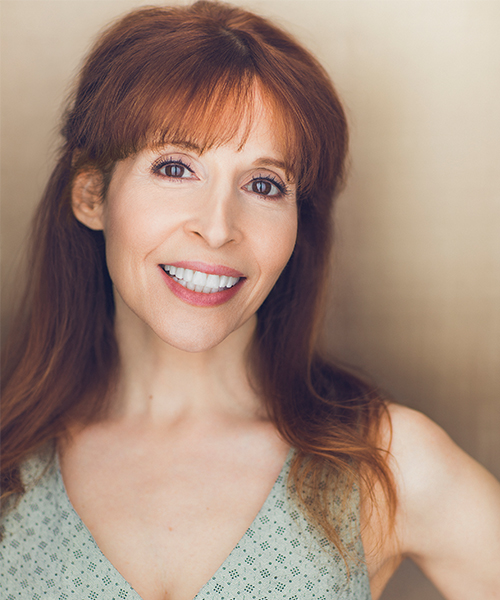 Jillie Simon (Allison Lenare) is an actor, producer, writer, director and singer-songwriter. She began in theater, performing Off-Broadway, including at the Public Theater (“Blues”) and in “Tony and Tina’s Wedding” as well as regional theater including the Cleveland Playhouse. Onstage she’s had the pleasure of playing opposite luminaries such as Marlo Thomas, Marian Seldes, Austin Pendleton, Joyce Randolph, Tom Wopat and Jack Mulcahy, who played JFK to her Marilyn Monroe in “Marilyn” at BritFest, and the honor of working with acclaimed stage directors such as Larry Arrick and Michael Parva. Film work includes a lead role in “You Have the Right to Remain Violent”, directed by multi-award-winning director Roberto Monticello, a role in “A Beautiful Mind” by Ron Howard, both of whom were an honor to work with, and supporting roles in “Prince Harming”, “Confess” and “The Incoherents”. She’s appeared on “The Chris Rock Show”, performed improv and sketch comedy at the Upright Citizen’s Brigade and NY Comedy Club, and is in soon-to-be-released comedy web-series “Gail’s New Boyfriend” (New Media Comedy).” Jillie won eight awards for her role in the short film “Hungry” which she wrote, co-directed and produced. Her most recent roles are in two proof-of-concept shorts – FBI/Mafia thriller mini-series “Infiltrated” by Marvalee Peart and “Summer of ’70”, directed by seven-time Emmy Award-winning William Electric Black. Songs she’s co-written and sang on have been played on commercial and college radio and are in feature films “Copy Shop” and “The Incoherents”. 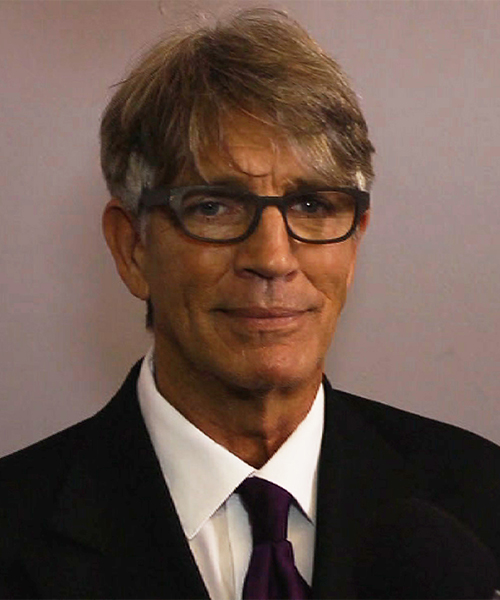 Eric Roberts is an Academy Awards nominee for his role in Runaway Train and a three-time Golden Globes nominee for Runaway Train, Star 80 and King of the Gypsies. He also won a Golden Satellite Award for the 2002 season of Less Than Perfect. He made a profound impact in the Emmy nominated television adaptation of Truman Capote’s In Cold Blood, directed by Jonathan Kaplan and co-starring Anthony Edwards and starred in La Cucaracha, which won Best Film at the Austin Film Festival in 1998, and for which Eric won Best Actor in the New York Independent Film Festival that same year. Eric’s starring role in the film, It’s My Party, received critical acclaim at the 1996 Sundance Film Festival. Eric has diversified very recently, appearing in Mr. Brightside and Miss Atomic Bomb videos for The Killers, Mariah Carey’s video for Emancipation of Mimi – Both award winners, and the Akon and Eminem video for Smack That. Other notable performances include his roles in Final Analysis, The Pope of Greenwich Village, Raggedy Man, Babyfever, Heaven’s Prisoners, The Specialist and The Grave. Eric Roberts was recently seen in Christopher Nolan’s Batman – The Dark Knight , along with one of the most incredible casts ever assembled. This follows a stint on Heroes – A job that ranks as one of Eric’s favorites. Eric strives to be associated with more comedy, hence will be appearing in a Larry The Cable Guy movie, Witless Protection.

Eric Roberts was born in Biloxi, Mississippi and grew up in and around Atlanta, Georgia area. He began his career as an actor in his late teens in New York City. In 1989 Eric won the Theatre World Award for his role on Broadway in Burn This. He returned to the New York stage in 2003 in The Exonerated , which he appeared in as part of their touring company as well. 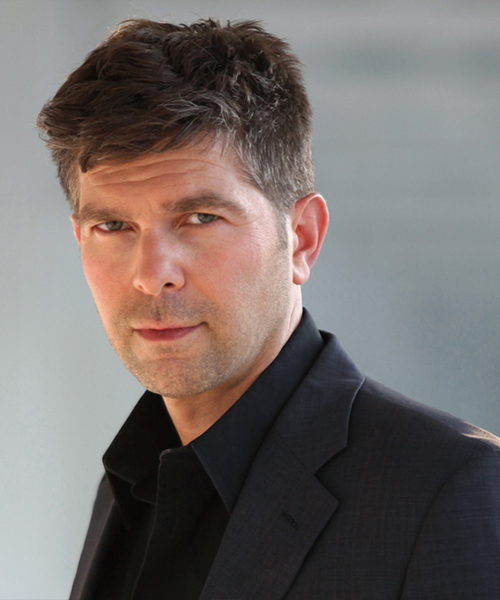 Alex Emanuel (Zachary Lenare) is a New York-based actor, producer, filmmaker, musician, director, writer and visual artist. His TV credits include roles on “Succession”, “50 Central”, “Public Morals”, “Blue Bloods”, “House of Cards” and “Law and Order” among other shows. Recent feature film roles include “MidLife”, “Inside the Rain”, “When Everything’s Gone”,”The Luring” and “The Incoherents”, which Alex also produced with his production company Starna Productions, and scored. Alex has also recently won multiple awards for his role in the acclaimed short film “Just in Time”. Onstage, Alex has appeared in the world premieres of the rock musicals “Family Album”and “Home Street Home”, and he played “Deckard” in the theatrical premiere of “Do Androids Dream of Electric Sheep?”, based on the novel “Bladerunner” was adapted from, among other theatre projects. Alex is presently working on a documentary about his father, Illustrator Robert Grossman, who passed away in 2018, an album of his original music and a book of his sketches based on life during the Pandemic. 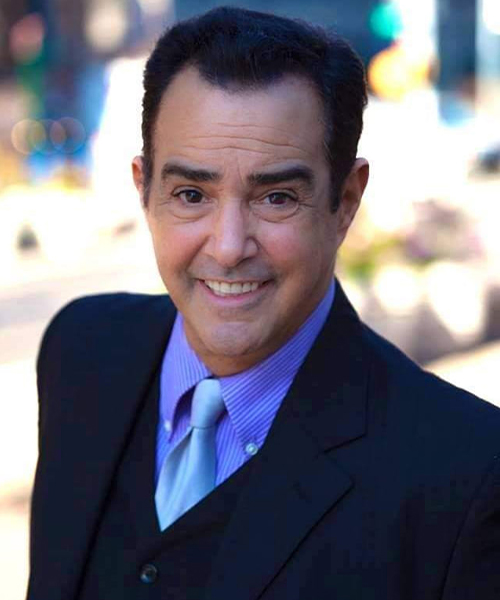 Victor Colicchio (Dave Buontempo)- As an actor, Victor Colicchio was born and bred in the theatre. His portrayal of the character BUGS in Oscar winner Robert Moressco’s “Half-Deserted Streets” won him favorable reviews in the NY Times and several other New York based newspapers. He then went on to understudy Tony Danza in Gary Marsha;;’s play “Wrong Turn at Lungfish” and had the opportunity to perform opposite George C. Scott. His performance did not go unnoticed – Victor was soon cast in two Woody Allen feature films. His acting credits include being cast as a series regular on NY Undercover, Third Watch, Dream Street, The Invisible Man and Prince Street. He also guest starred on the Sopranos, Law & Order, The Beat and several soap operas. In film, Victor has had the honor of working with critically acclaimed directors Martin Scorsese, Spike Lee, Sidney Lumet, Woody Allen, EdZwick and Barry Levinson. He’s performed opposite some of Hollywood’s most respected actors, such as Robert Senior, Denzel Washington, Jody Foster, Uma Thurman and John Leguizamo in the films Goodfellas, Inside Man, The Brave One, Motherhood and many others. Colicchio’s credits as a screenwriter are quite impressive, scripting “Summer of Sam” for Spike Lee and 6 x award winning “Potluck” for High Times Magazine. 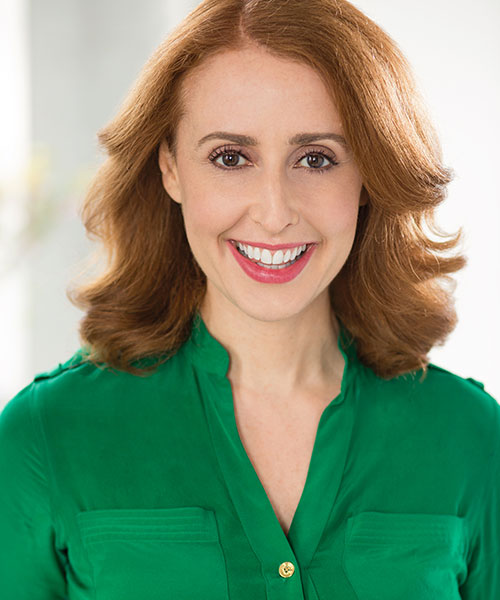 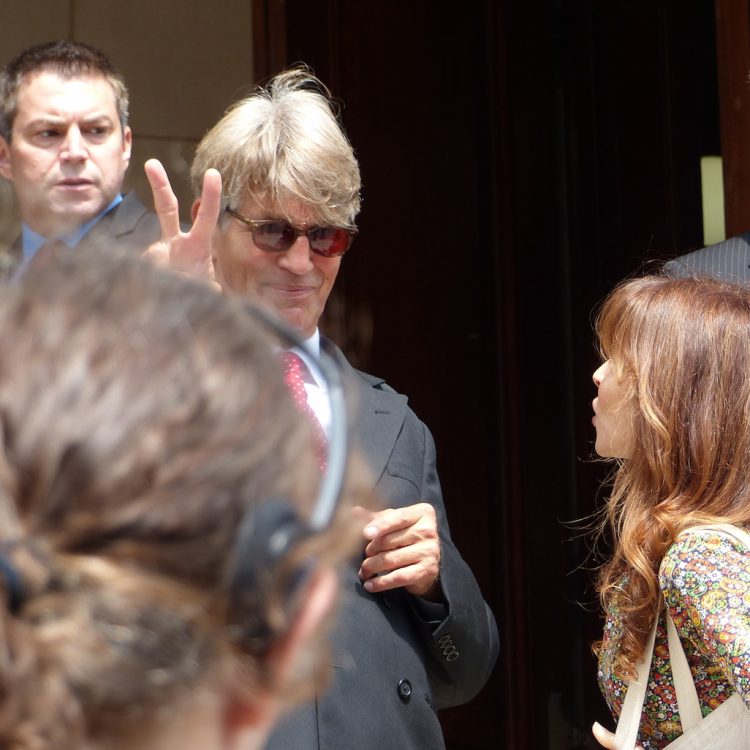 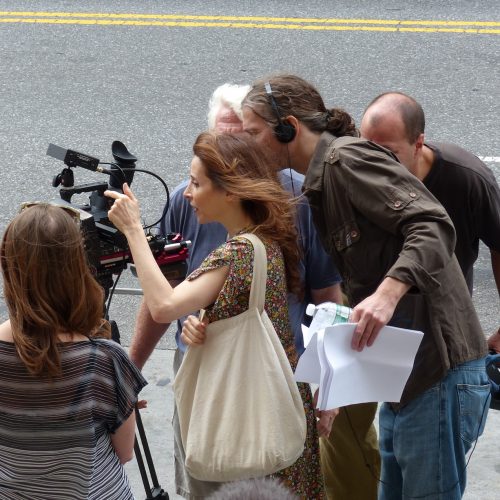 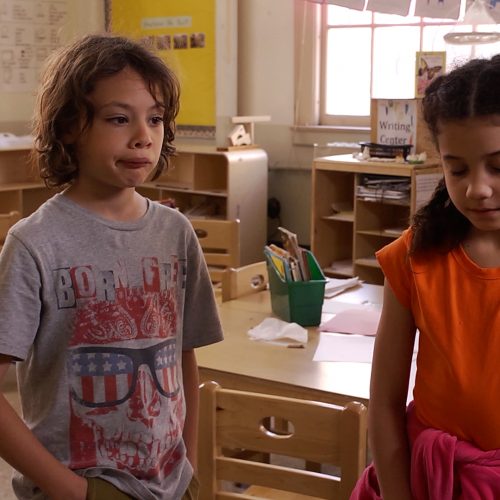 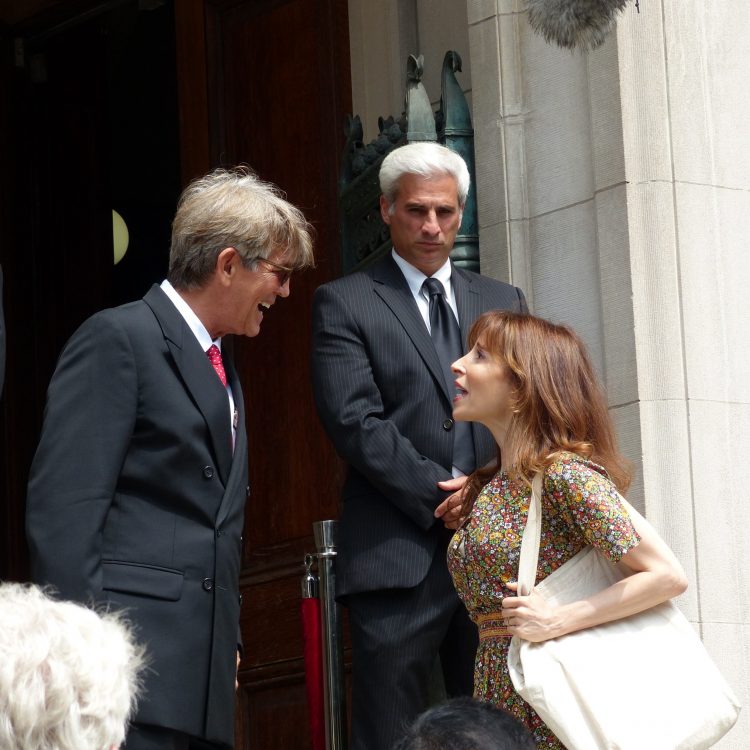 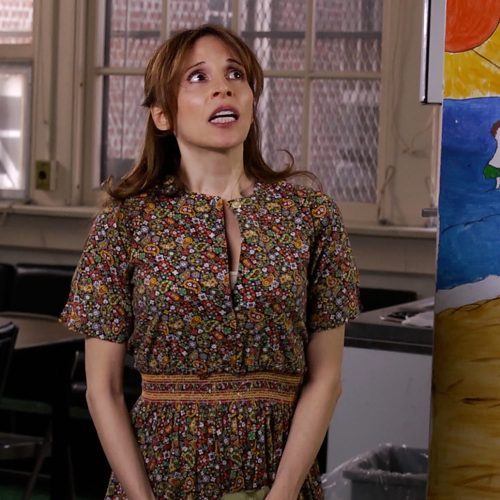 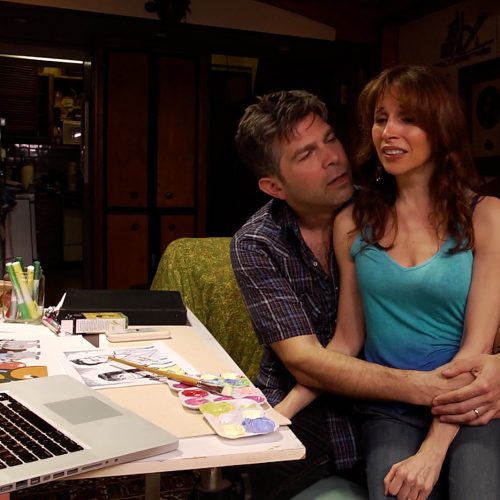 from the film makers

“Hungry” is a story about empowerment- overcoming your fears in order to take action- about the importance of speaking up, and about the urgent need to feed hungry children. There are millions of children around the world who suffer food insecurity every day. Yet the resources are out there – no child should be going hungry. We’d seen a couple of small news articles on teachers who’d paid out of their pockets in order to get the lunch balances of some children in their classes up, because the kids were going through their day hungry (because of cuts to the S.N.A.P. program), and thought that that was a very important topic to shine a light on and create a story about.

After we put out a casting call for the role of Congressman Thicke, Eric Roberts’ representatives reached out to us because of Eric’s interest in the topic of children’s causes, and after reading and loving the script, he came on-board and masterfully played our antagonist.

about the film makers 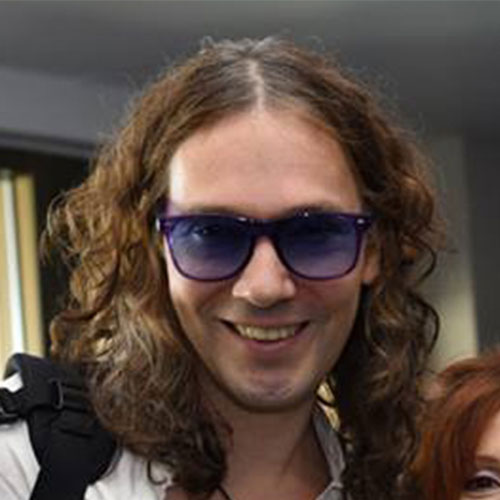 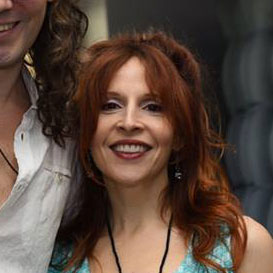 Jillie Simon wrote, co-directed, produced and played the lead role in her first narrative short film “Hungry”, co-starring Oscar-nominee Eric Roberts. The short went on to win 18 awards, including eight that she was honored with for Best Actress/Best Performance /Outstanding Actress) and multiple nominations in 34 film festivals, and has been acquired for distribution by IndiePix Films. Prior to that, she’d co-directed, co-produced and performed in two multi-award-winning music videos, “Legalize” and “So Many Ways (For Safe, Green, Sane Energy)”. She and Thomas Simon’s new film “A Chance”, has begun it’s festival journey, winning 4 awards with 7 more nominations to date.

Thought provoking and inspiring film! “Hungry" develops political awareness in an age of complacency and solitude. A powerful call of empathy and community building. 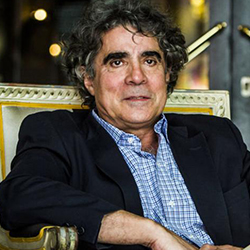 Hungry is such a little gem, and so important! 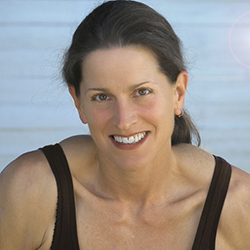 Hungry was great and Jillie Simon is wonderful to watch. 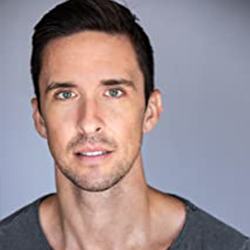 At the 2016 Chesapeake Film Festival, "Hungry" was programmed to play in front of "Lean On Me", which was screening as part of a tribute to director John G. Avildsen, who was receiving a Lifetime Achievement Award at the festival. The filmmakers were thrilled and honored to participate in the Q & A afterwards with the iconic filmmaker.
The weekend of the shoot of the Congressman Thicke scenes was a busy one for Eric Roberts - he was filming "Suits" in Toronto on Friday, flew down to NYC on Saturday, shot his scenes on Sunday and flew back to Toronto that early evening to get a good night's rest before his Monday morning "Suits" shoot.
Jillie Simon originally met Harley Kaplan, who plays Detective Hennessy, when both were in the film "You Have the Right to Remain Violent", directed by Roberto Monticello. Simon played Mrs. Jenkins, the concerned teacher trying to find out what was going on in the school, why so many kids were showing up bruised, and Kaplan played the corrupt sheriff of the town who was in on the secret fight club action in which boys were being coerced into fights that the wealthy men in town would bet on. Kaplan is also a co-founder and casting director with the bi-coastal powerhouse casting agency Powers/Kaplan Casting ("Blue Ruin", "Bucks Run").
Richard Lampone who plays Detective Rinetti, is a former NYPD officer in addition to being an actor and producer. He supplied the handcuffs used in the film.

Jillie Simon & Thomas Simon invite educators and students to be a part of our movement.  Contact your representatives and ask them to take action to make sure children are getting the nutrition they need.

Proceeds from HUNGRY will benefit A Well-Fed World to help fight hunger and create a safe, nourished and climate-friendly future. To find out how you can help, please visit https://awellfedworld.org/